First there was March full of disbelief that lasted *checks notes* 7000 days. Then there was April which was just bleak (like the blog I wrote, oof). And now there is May. We’ve adapted, things are slowly starting to get better and we are ready to head back out…but cautiously, with masks on.

So here on day 71 (barf) here are some more things getting me through the madness:

-Troy and Abed (in the morning, in the evening, basically at any time!)

These two were basically the inspiration behind this blog. I’ve doing a couple of “tv club” watches but watching Community with my sister (via text message) has been amazing. A ridiculous comedy full of heartwarming moments and some of the best gifs ever is a perfect distraction through these troubled times. Plus its sister time and what’s better than that?!

In March’s blog (link) I linked to a list of podcasts I was listening to during quarantine and I am excited that there are now two more!

–I Hate It but I Love It: women my age, from Canada, joking and talking about the issues in some of my favourite movies from the 90s and 2000s? of course its perfect. Plus a bonus of a giant backlog!

–Fake Doctors/Real Friends: this is a podcast by Zach Braff and Donald Fasion and you know I love an episode by episode discussion of a tv show from the 2000s! Plus I hadn’t actually seen a lot of Scrubs so I’m also watching the show all the way through for the first time which is great. Amazing show and its really nice to have a show with a giant backlog to watch, especially a really funny one.

As I mentioned with Community, I’ve been doing some “tv club” watches.  I’m doing that with my sister and with my two bffs we watched Hollywood, the new mini series -it is less good but it was great to have something to talk about. Even though we talk every day it’s a fun structured thing to discuss. We are planning to start a new show too sometime next week. So much tv watching-thanks quarantine!

There have also been other great things like the Parks and Rec special and online concerts from my favourite local band, Said the Whale and special physically distant walks and picnics and birthday parties. Plus, really long video and phone calls with friends and family and also zoom parties with strangers I met through a podcast Facebook group? Lol so random but so fun!

Not everything is shiny of course. Even with these things keeping me going, there is increased screen time (which is intense for a social media manager who already has way to much screen time), the exhaustion that video calls create and the general increase of stress caused by quarantine and the pandemic. 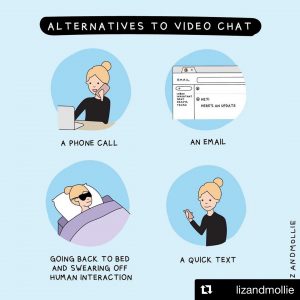 I’m probably swearing at my computer more (poor thing, its not used to all this attention!), I cried three times during a rewatch of Hercules for Nature Finds a Way the other day and the one time I went in a car in 62 days I got motion sick! 🥴. But you have to find balance and positivity wherever you can. Restrictions are slowly being lifted, the sun is out more and everyday this crazy new world gets a bit more normal….of course soon my “new” routine will change again to go back to work and see people, although that won’t be the same as before. I don’t know how long it will before that happens, if ever. We are living in a crazy moment of time that will be taught in history classes for decades and while that can be a fascinating thought experiment it’s also scary and exhausting. 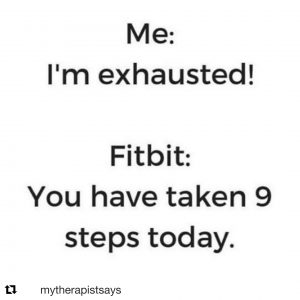 The only way out is through though so let’s keep trudging on…together.

Now go wash your hands and clean your phone and your doorknobs!! Stay safe friends 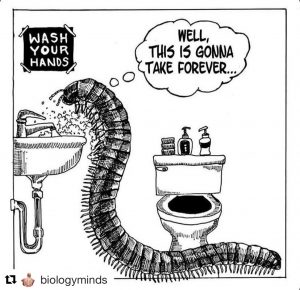