As Plastic Free July trucks on I wanted to mention a couple of things that have been in the news this year that have caught my attention. It’s a bit off topic from plastic reduction but still important in the grand scheme of things.

You have probably heard about the Great Pacific Garbage Patch. Its large and full of plastic but not the recognizable plastic you can ban from fast food restaurants (although it is a good reminder to eat sustainable seafood). It’s also one of five large patches of garbage in the oceans (not to mention all the other trash found throughout all water systems), it just seems to be the one that gets the most attention.

This article is from last year but it did the rounds on social again recently and people have been using it as a reason to stop straw bans. Straws seem to be a poster child for reducing single plastic use and have got a LOT of critics. Straw bans are not perfect. I know that, most people know that. If you need to use one, go for it, stopping people from consuming liquid was never the point.  But it’s the people who are globbing on to this imperfect ban and using it as an excuse to still use a straw, so they don’t ruin their lipstick (an actual tweet I saw), that are incredulous to me. They have entirely missed the point. Straws are a gateway plastic. The outcry over their use has sparked so many governments and businesses to rethink they way they use plastic and have people looking at their plastic use in general. And that is what is important. Saying that there aren’t a lot of straws in the Great Pacific Garbage Patch seems like such a bass-ackwards way of thinking about single plastics it makes me fear that people will be arguing against the bans until other plastic literally buries them. I guess this is one of the many reasons to promote Plastic Free July; get people to look at the plastic that they CAN stop using while protecting their precious lipstick. 🙄 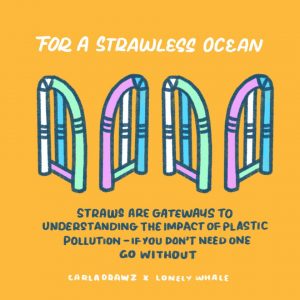 Cleaning and de-cluttering your house can be great for lots of reasons but you need to do your research as to how things can be recycled and donate whenever you can. I have actually been doing a lot of this this year, (inspired by Sara not Marie Kondo) but it still ends with the same result. With a less cluttered house and a ton of stuff to get rid of.  Did you know CDs can’t be recycled? That was a super annoying to thing to discover this year *curse you past Lindsay who made 7 million mix cds in the early aughts!* Mainly the thing I’ve found when going through my stuff is how much crap I have/had. And I never really went through it before. I kind of glanced at stuff and got rid of some but I still had my plane tickets to Australia. From 2007. I moved them FOUR TIMES (and you know, carried them all over Australia for a year….)

There were many, less extreme examples of things I’ve found but every one of them helps to remind me that I really don’t need a lot and I can buy less in the future. I’m not saying you have to go all minimalist, but stopping for a second before purchasing something to think if you really truly need and desire it, can help reduce your clutter and hopefully some of the worlds clutter as well.

Remember, also, when doing your Kondo-ing, that there is no real “away” whether you’re getting ride of plastic wrap or a pair of jeans. Everything that exists has to go somewhere and there is only so much space. Fix, donate, reuse and reduce before throwing anything “away” and think before you purchase or take random free stuff that you will never use. Realizing how much stuff you have versus how much you need can have a big impact and hopefully will help to break us up from our “meaningless consumer-driven lives” 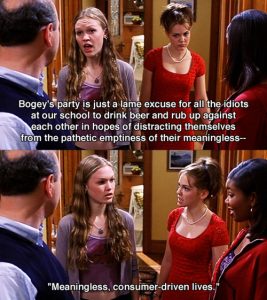